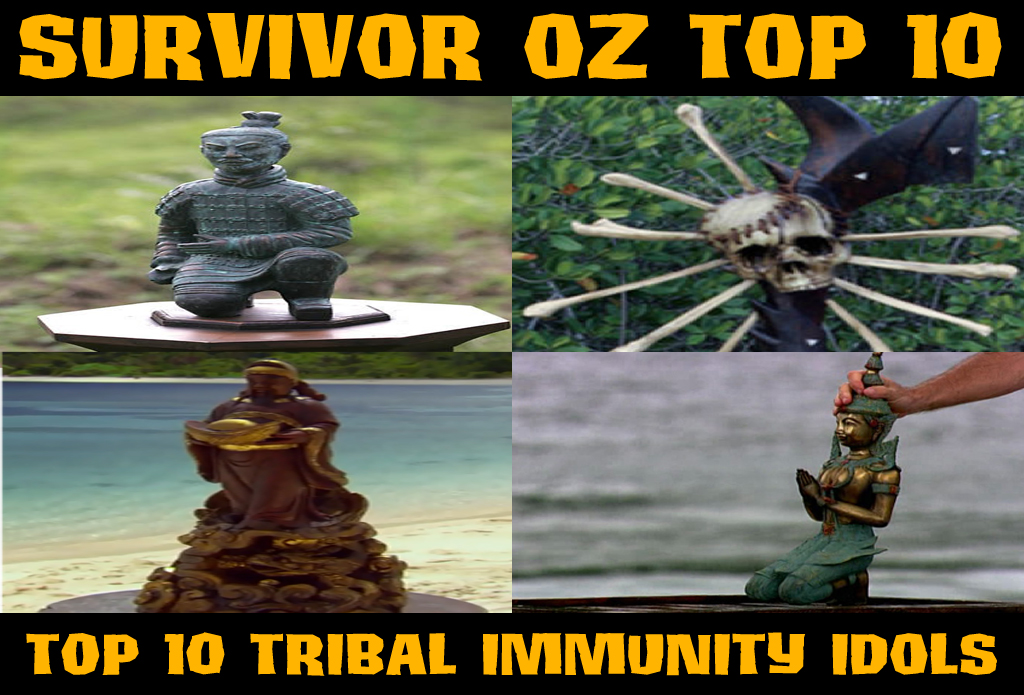 Throughout the years of Survivor, we have seen 32 different tribal immunity idols. The coveted tribal immunity idol is up for grabs at challenges as a token of safety for the winning tribe but sometimes they can look cool as well. In today's top 10 Ozlet Alec Culver ranks his top 10 favourite idols based around their look, their memorability and quirks as well as how tailored they are to the theme of the season as well. Read on to find out which 10 designs make it onto the list!

The skull on the immunity idol has been used a lot, and this is probably the most aesthetically pleasing of them all. Fiji had a lot of skulls used in the season as well so it fit with the season. Overall, this was a very well done immunity idol and some of the minor details make it better. Also, this is a pole idol which I actually really like because it is a lot more impressive to the other tribe when you win it. 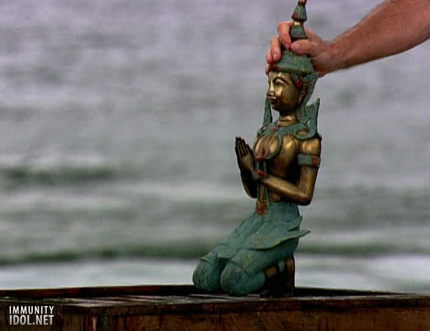 One of the most underrated seasons has one of the better immunity idols. It touches all the notches with the minor details and it really fits well with what country they were in. It goes with the theme of the season and the culture of the area they are in. Overall another great handmade immunity idol and the earliest one of this list as well.

Another one of these pole idols. This one is just unique in every way possible. Because of the 4 tribe start to the season if you were one of the winners you got one of the faces, how creepy would it be to have that alone back at camp? The fact that every face is different and goes along with the savagery of the theme of the season makes this idol so much better. Plus the fact that the Casaya tribe had this idol the most makes it even better because that is what they all wanted to do when talking to each other. If you didn’t get the joke, you just have to go watch the season.

One of the most recent entries on the list. These idols are just great to look at. I mean they are like Lion Kings… yes I just made that pun. I don’t know what to say about this idol because a picture is worth a thousand words. I love the idols that have the minor details that make it great and this idol has a ton of them. It is just one of those idols that if you tried to make yourself you would probably make a ton of mistakes and it would take you years, unless you are a professional wood worker, like the artists were that made these idols. This is just a great looking idol. 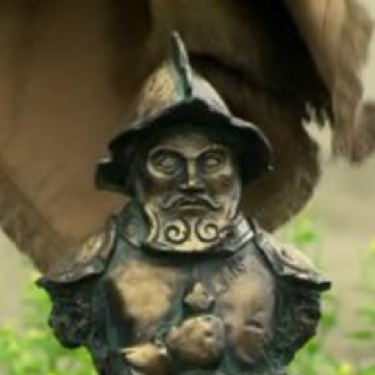 When I was watching Nicaragua when it first was on TV I remember watching the reveal of the immunity idol and my roommate heard me say ‘Wow’ really loudly because that is all you really can do when this idol was revealed. Yes, the season isn’t the greatest but the idol is one of the best. It was one of the idols that I easily knew had to be on the list. It is a bronze color which like no other idol is and it went with the culture of the season with it being the famous discoverer of Nicaragua. Overall this idol is just great to look at which makes it one of the greatest idols in my book.

If we went by idols that strictly stuck with the theme of the season then this one would easily win the top prize. I mean it was in China so why not have a Chinese warrior be the immunity idol. It makes sense because all of the players were theoretically Chinese warriors in their own right. Not to mention that the idol is really well done and is different from the typical wood idols that we get makes it one of the greatest idols of all time. 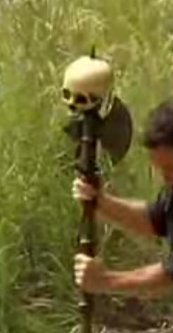 Another pole idol, I promise this is the last one on the list. This was the first one as well. I mentioned earlier about how often the skull idol was used, well this was the original. For this season it made sense because it was a pirate themed season as well. Not only that but it is put at the top of an ax to even further the effect of the savagery that ended up going well with the season, not just as a theme, but how the season ended up playing out. There is a gold coin in one of the eyes of the idol, adding the treasure aspect of the pirate theme to the idol. You can’t tell in that picture so here is another one to show it.

This idol is just great all around and once again the minor details, such as this gold coin, make it all the better to look at.

This one is just another one of those that just looks pleasing. It may not have a theme but it does fit in a bit with the culture of the Philippines. I mean the idol is just well sculptured and the detail on the bottom looks like something you will only really see on a merged tribe flag drawn by Erik Reichenbach. It is just all around in my opinion one of if not the best looking idol around and while it may not have the blood vs water theme inside it, it still would look great to have it around camp.

This is arguably the most infamous immunity idol of them all. Why, you casual fans who haven’t seen Palau might ask. Because it looked like one of the contestants on the season, Willard Smith. There was even a whole few moments in the show where Willard’s tribemates were even talking about how much the idol looked like him. Looking at the idol it might not be the most aesthetically pleasing but sometimes simple makes a difference. It is easily recognized as the idol for Palau and probably is the one that most fans will be able to recognize and it worked well for the season overall.

One of arguably the best seasons ever has arguably the best idol ever. I don’t know what it is about this idol but everything about it makes for a good idol. If it was put on a pole I would easily fall in love with it even more. All joking aside this idol really is a great idol. I mean just looking at it makes me want to buy it or at the very least pay someone to make one like it for me. It has so many little things that make it work. On top of it, if you had a big piece of wood and were really good at wood carving and had a pocket knife, you could possibly make this idol in 39 days. Also I love the little aspects on an idol that make it so the idol looks like the people, and no I’m not talking about how the Palau idol looked like Willard. For example right over the right eye there is that random like cut or something and it makes it so this idol isn’t perfect like it seems a little bit dirty, like the contestants are after a while on the island. It’s the little details such as that, which make me love the immunity idols and for the many reasons, that is why this is the top tribal immunity idol in my book.

Honorable Mentions: Borneo – Very good for the first season. Guatemala – Went well with the theme and is very cool looking. Gabon – I don’t know but this went with the culture and with Frankenstein’s next creation. One World – Those eyes…. Those beady eyes, and that tongue. Caramoan – There is a lot going on here that is hard to explain. San Juan Del Sur – Looks like something you would see at an abandoned church, and I love it.