The biggest Survivor event of 2014 is here!

In 2012 and 2013 we held the biggest and best Survivor based awards on the planet and saw record numbers of fans around the world voting for everything from the sexiest contestants of all time right through to who they think the greatest of all time is. And this year they are back bigger and better than ever with more categories and more things to vote on!

The 2014 Ozcars will be the biggest year yet for the awards. For the first time the awards will be split into two categories: 2013/14 & Overall. This will help celebrate the last 12 months of Survivor as well as pay tribute to the history of the show. This year there will be 17 categories, with 16 of them voted for by the public. The votes will be compiled with votes from the Survivor Oz crew, as well as from our Survivor guests who have appeared on the show. Once these results have been tallied, each award category will have 5 finalists announced. Then, a separate voting period will be held to determine the overall winner, with an ‘awards ceremony’ to be held to declare the winners. Once again the ‘lifetime achievement award’ will be back, to be strictly chosen by the Survivor Oz crew. 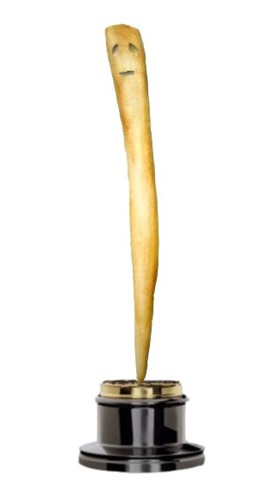 Modelled after the infamous “It’s a fucking stick” moment from Eliza in Micronesia, the Ozcar is a solid piece of wood on a small platform, representing the essence that represents Survivor and Survivor Oz. Given our helpers (the Ozlets) are named after a reference from Cirie in the same season in relation to Ozzy and Amanda procreating, it seemed appropriate to honour the reference by including Ozzy’s famous stick as the trophy. There is no actual physical award, but winners will be presented with a certificate of recognition for winning their respective category, as well as having the honour and dignity of being crowned the Ozcademy Award winner for 2014. It’s a massive honour, and one that Survivor contestants will be fighting over for many years to come. To see previous winners from 2012 & 2013, click here.

Below are the official categories for 2014. This year there will be 17 categories, with 16 of them voted for by the public. The awards are separated into two sections: 2013/14 Awards celebrating the last 12 months and 2 seasons (Blood vs Water & Cagayan) of Survivor and the Overall Awards which celebrate the history of the show from the very first season of Borneo right through to Cagayan.

Which new player from the last 12 months has proven to be the biggest hero? You could vote on anything ‘heroic’ you believe the contestant did, male or female. There are plenty to choose from but who will come out on top?

Which new player from the last 12 months has proven to be the biggest villain? Without a villain, could you have a hero? Doubtful, but you also have to be able to vote for your favourite ‘evil’ contestant of the last 12 months. Are there more to choose from than the so called ‘heroes’? Who knows, but now you can choose just who is the most devious of the last two seasons.

Which male contestant in the last 12 months set the hearts beating faster and begging to see the shirt removed? Now is your chance to vote for the sexiest male from the last 2 seasons of Survivor.

Why do the men get to have all the fun? It’s time to vote on the sexiest female from both Blood vs Water and Cagayan to settle the debate on just who is the hottest girl to play the game in the last 12 months.

Which player from the last two seasons who failed to make the jury do you feel played the best game? The most deserving game? And who perhaps was unlucky not to be able to sit on that jury and help decide the end game? Now is your chance to help decide.

Which player who made it to the jury but was unable to make it to that final tribal council do you feel played the best game? Maybe you think they were the most entertaining? The vote is your decision, and the winner will take the award with pride.

With each year giving us two new seasons with (most of the time) new players, it’s time to determine which of these newbies has what it takes to be crowned the winner of best new player. This category will determine which player from Blood vs Water and Cagayan is the best overall ‘noob’. 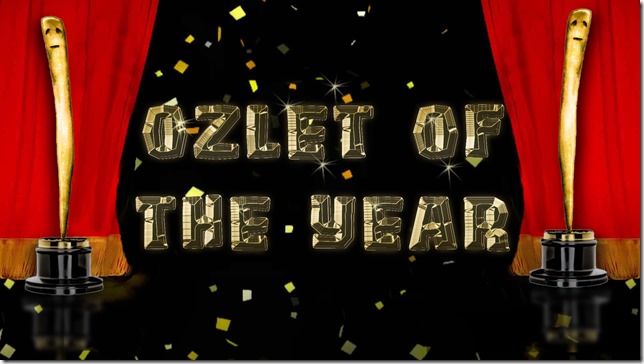 In 2013 we gave you the Best First Boot Ozcar, now in 2014 it’s time to give the contestants who were booted second a chance to shine. Did you feel they were the greatest based on their gameplay? Their entertainment factor? Or perhaps something else? Now is your chance to settle the debate once and for all who is the greatest second boot of all time.

Our most popular annual category when it comes to page hits, the sexiest ever female Ozcar is always hotly debated and hotly contested. Parvati has made this category her own in the first two years of the Ozcars, will we see a new contender in 2014?

The first of our ‘big four’ awards, this award has been won twice by Heroes vs Villains. Will a new season surprise and take out the Ozcar after two very strong and popular seasons in the last 12 months or will an old favourite shoot to the top and steal the award away from HvV?

The second of our ‘big four’, this has been a hotly contested and debated category in the first two years we have held it. Rob Cesternino won in 2012 with Cirie surprising many in 2013 to knock Rob off the top. Can either Rob or Cirie win their second Ozcar in this category or will a new player come out of the woodwork to claim the win?

The third of our ‘big four’ and one of the most popular, the greatest winner Ozcar awards the winners of the game for their win and gives them an added bonus to having been crowned the soul Survivor. Two years have seen two different winners. Will a third different winner take out the Ozcar in 2014?

The main award in the Ozcars, to walk away as being voted the ‘greatest player of all time’ holds you in the elite in the Survivor community. In the two year history of the Ozcars, only female players have won this award. Will 2014 be the year that a male contestant climbs the mountain and takes out the coveted honour? 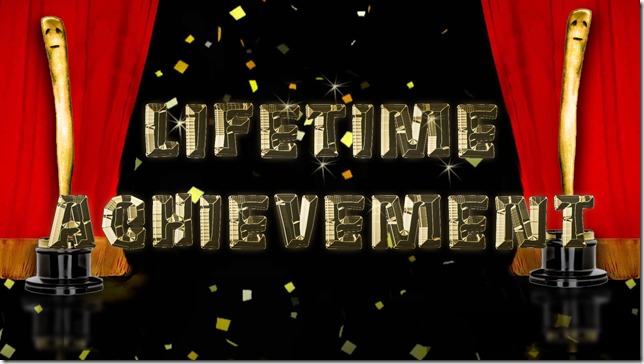 The only non-public voted category, the Survivor Oz team each year will award one person who has been a driving influence on Survivor it’s annual lifetime achievement Ozcar. This isn’t just for contestants, it can be anyone from production team, hosts, creators, media personnel or even super fans.

Just like the past two years, we will publish the top 25 of each category (or how ever many there are in specific categories which might be more or less) to show you who made the list outside of the 5 finalists for each category. This will allow you to see just how your favourite contestant/season/interview/Ozlet compared to the winner and finalists. These final results will be published after the winners have been announced at the winners ceremony.

The official winners ceremony will take place on the Queens Birthday Monday in Australia on 9th of June, which will be Sunday the 8th of June for our US audiences. The ceremony will be LIVE via Spreecast at a time yet to be determined. People will be encouraged to watch live and join in the fun, with several finalists and special Survivor guests attending the ceremony. Stay tuned to this page and our social media pages for further details as the ceremony gets closer.

Voting has now closed for the Ozcars 2014. The winners have since been announced. You can click the link above to see who won, as well as find out the top 25 in each category. Thanks to everyone who voted and took part in the Ozcars 2014! They will return in 2015, bigger and better than ever!